Get the latest news from MAXKGO

Nice to meet you here.

We are MAXKGO, a science and technology company specializing in skateboard LED strip controllers and BMS, working with 5 engineers who have more than ten years of working experience. Our products will use open source materials but we will also do our own research on hardware and software.

Today, we want to share with you a new project related to ESK8- esk8 sport LED strip controller.

How does it work?

The esk8 sport LED strip controller could not work alone but need to connect to the ESC , battery pack and LED strip so that it could catch the speed change of the skateboard and display the changes on the LED strip.

It could communicate with mobile phone through WIFI. Then,you could set your modes of stand-by, move and brake as you like and custom the color but only if you choose single color mode. Rainbow mode doesn’t support color custom as you know it has contained all the colors.

If it’s hard to understand how it works, welcome to watch this tutorial video.

What’s the difference between Nelf S1 and Nelf S1X?

Esk8 sport LED strip controller has two versions: Nelf S1 and Nelf S1X. The major difference between them is the size–Nelf S1 is smaller and more expensive because it requires more effort to figure out how to place the same functions on a smaller board.

But I recommend you to purchase the Nelf NIX version because it’s cheaper as well as mini, just a little bigger than the Nelf S1.

Here is the size for your reference:

1.Plug and play, no need to solder. On the website you could still see a Nelf S1X black board which is the first version needed soldering. We modify this version then comes out the no-soldered version now. 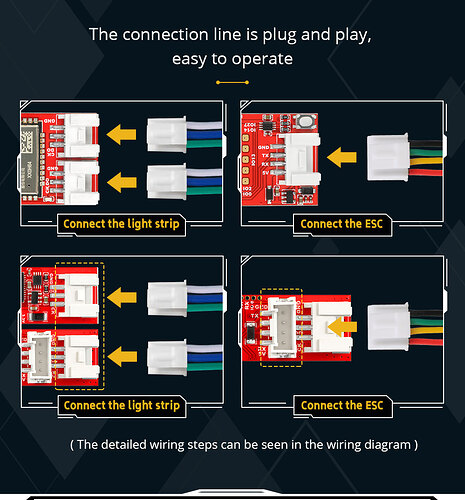 We ship worldwide. Most areas choose registered mail to arrive within 5-13 days

In case problems arise, we are very fast to help out and solve them the best ways possible